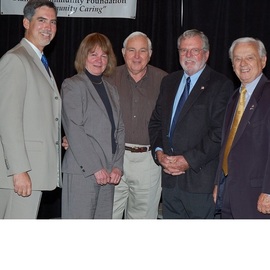 Let's Get This Sorted Out

Check your inbox! An email has been sent that will allow you to change your password. Just click the link provided.

The governing body of the City consists of five Stanton residents, elected at large, who serve a four-year term of office. Elections are held in November of even-numbered years. Stanton's mayor is selected annually from among the City Council Members and is charged with running the City Council meetings and representing the city throughout the community and region.

The City Council addresses the current and future needs of the City through the adoption of policies which promote the best interests of the community and the City's relationships with citizens, business, community organizations and other governmental agencies.

The City Council reviews and decides issues affecting the City; enacts laws and directs actions as required to provide for the general welfare of the community through programs, services and activities; provides policy guidance to City staff and input on local, state, and federal matters affecting the City of Stanton; adopts the City's annual operating budget and decides how the financial resources of the City will be used; hears views of the public on matters pertaining to City functions; defines the goals of the City; and provides the citizenry with a better, more attractive and healthier place in which to live. The City Council appoints boards, commissions and special committees to advise or to perform an administrative function in one or more aspects of City government.

Read more
Neighborhood Affiliation
We're sponsored by these members of our community!
Hours Of Operation
More Business Info
Request Deal
Whoops, you need to be signed in, or sign up!
Sign In Sign Up
Request Deal
Your request has been sent
Ok